Gisburne House was built in Watford, Hertfordshire in 1912 as an industrial school for girls. The photo above  is from a World in Action (1977) programme  – the one below taken by a residental care worker in 1985.  In 2017, Islington Council officials have no knowledge of Gisburne House and no documentation of any kind about it. When we ask them to check names of staff alleged to be abusive, it seems these staff have vanished into thin air.  It is as if all corporate memory of 30 years, and hundreds of childrens lives, has been erased.

Not of course in the minds of the survivors who are coming forward to Islington Survivors Network (ISN) to tell of their experiences during the 70s and 80s. They describe how they still cannot sleep  because of the flashbacks and in the daytime they are traumatised by all kinds of smells, situations and events which trigger memories of sexual crimes, emotional devastation and extreme violence. They show us the physical signs of long-ago beatings, have intense concern about child victims of cruelty which they witnessed and question why seemingly nice social workers did not hear their repeated cries for help.  After years of being on constant high alert,  trying to protect themselves and others from abuse, I always ask – ‘Is there anywhere now where you feel safe?’ After a long pause, even from those who now have settled relationships and very supportive, loving families,  the answer is generally ‘No’.  They now seek justice and redress.

Islington Council took Gisburne House over in the mid-60s as a long term placement for young adolescent boys and girls. As an Islington social worker, I visited a 12 year old boy at this old rambling house  in the mid 80s. As I was escorted from room to room  doors were locked behind me and unlocked in front of me. I felt trapped and was puzzled as it was not a secure unit.   A colleague told me that she felt it was unsuitable for young girls and at a meeting had felt scared herself of being hit by the man in charge. This view was  repeated by a residential worker who told the Islington Gazette  that in 1979 she had also felt unsafe; “The overriding feeling I had there a lot of the time was that I was not personally safe,” she said. “The culture of the place was one of male physical power.I remember seeing staff dragging children into offices and pushing children against walls.”  At ISN we can only begin to imagine what it was like for the children, boys and girls, who were placed there sometimes for years and as a punishment denied family contact.

In 1985, a council meeting decided to bring Islington children back from the Home Counties  into new children’s homes within the Borough and the decision was made to close Gisburne House. It was finally demolished in 1996.

Islington Survivors Network has been speaking to Islington Council for over a year about Gisburne House. In this time another of the alleged perpetrators has died.  Police have told ISN to ‘bring them a victim’ or ‘ring in to the 101 police hotline’. Proactive intelligence led policing, multi agency strategy meetings and joint investigation with social workers like myself, are protocols of the past now eradicated from statutory guidance.  Police will currently only investigate when a victim comes forward.  None of us at Islington Survivors Network would recommend calling through to 101 about something so complex (and some do not have computers or the means to complete a form online) – we need officers we know we can trust, who we can recommend and who will treat survivors sensitively. The Gisburne children, now adults,  must be in safe hands though the process of re-living and re-stating their evidence.

In 1999, it was reported in the Bristol Post that there were arrests of managers in the 70s for sexual abuse of children. The head of Gisburne House and a care worker were charged with sexual offences. The outcome of these hearings is not known.  There were other allegations about a manager in the 80s named Geoffrey Wylde-Jones. A survivor spoke to the Evening Standard in 2003, ‘I felt I was a bad person,’ she says tears rolling freely down her cheeks. “I wanted to tell someone. But who was going to believe me? Who? He was respectable and I was just a kid’.  At ISN we have heard that senior social workers had reported him although they still haven’t gone on record about this –   the story was that he resigned. This is now confirmed in council minutes dated the 23rd April 1985. Richard Gentle took over as the next manager who had previously been manager of an Islington home called  New Park House in Cuffley. Later Kevin McQuarrie who had been deputy manager at Gisburne became the manager. John Rea Price was the Director of Social Services from 1972-92.  In 2000, Michael Taylor a residential worker was convicted for sexual offences against boys at Gisburne House in the 70s and received a sentence of 4 years imprisonment. In 2016, Hertfordshire police responded to a Freedom of Information request and confirmed that they had conducted one investigation into Gisburne House which resulted in No Further Action. 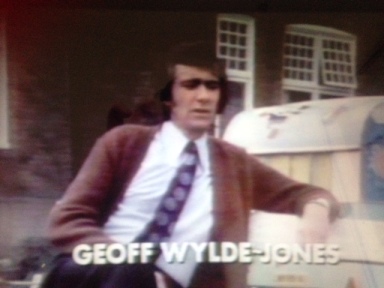 The Report of the Inquiry into the Management of Child Care in the London Borough of Islington – commonly referred to as the White Report (1995:p3) included a quote from the Evening Standard dossier presented to the Inquiry, police and Department of Health (this dossier has disappeared), ‘Over many years and at practically every children’s home, children have alleged abuse by named workers, often staff shared their fears that management has been slow to investigate, sometimes refused to involve police and suspected staff mostly quietly resigned even when they apparantly admitted the abuse’ .  I wonder now what myself and brave investigative journalist Eileen Fairweather would have thought in 1995 if we had known that in 2017 we would still be asking for a police led investigation.

No one has ever been accountable for what happened in response to the allegations and why this manager was allowed to disappear. Yet some people of relevance and influence, such as senior council officers and councillors, are alive and quite able to answer key questions. 13 Inquiries in the 90s did not look in any depth at  this specific home. But then ISN still don’t know who the White Inquiry interviewed and have still have never seen most of the Inquiry reports.  I was interviewed for 4 hours by the  Cassam/McAndrew Inquiry in 1993 and when I recently read that interim Inquiry report obtained through a Freedom of Information request,  I only then realised that not a jot of my evidence was in it. In 1995, Ian White asked to see me ‘off record’, and stupidly I agreed, so none of my evidence was in that report although much of its commentary relates to my work and completely undermines it. I still have a letter from Ian White confirming payment of my fare to Oxford – the only proof I have that I did visit him and co-author Kate Hart.  As I now meet  survivors I  am absolutely convinced 100% that I was not wrong in 1990 in my perceptions of an organised crime network targeting children in the care system and indeed Scotland Yard had told the Sunday Times that in this article;

The investigation into networks of paedophiles who have been paying for sex with boys and girls, has uncovered several groups across London and other parts of southern England who link up to swap information and abuse children. For the past five months officers from the squad have secretly liaised with directors of social services in more than half a dozen London boroughs amid fears that organised gangs have targeted vulnerable children in their areas.

Several of the most prominent offenders under surveillance are wealthy businessmen. They have been linked to a sex ring abusing young people living in children’s homes in the London borough of Islington.”

“The police inquiry has produced evidence that the north London borough has been a magnet for child molesters over the past few years, as a result of the council’s lax control over the young people in its charge.”

“On the same day the government ordered its health watchdog, the Social Services Inspectorate, to examine evidence that officials in the Labour-run council repeatedly ignored junior social workers who warned that paedophiles were preying on children in care.”

Survivors tell us these things about Gisburne House;

A constant theme is the military regime and continuous degrading of the children – calling them names and humiliating them, removing their treasured possessions, destroying/cutting up their clothes and personal belongings and making them walk for miles and miles until they fainted with exhaustion. Physical violence was extreme , punching, slapping, pinching and some still bear the marks. I hear the same repeated accounts of heads being banged against walls and hands clasped around throats. They speak in my quiet, safe room by spluttering out the words among the tears and emotional torment.

Be in no doubt that these are very, very brave people. They have found ways to discover quality of life. They include those who have educated themselves, sought healing and struggled  to establish careers. Some have partners, children and grandchildren and work hard to help them understand what it meant to be in such a children’s home. Some are now caring for the parents who, for whatever reason, placed them in the care of the council.

Will they get justice? I don’t know. I do know its a hell of a struggle. Islington council are responding  to housing needs and providing support with family and benefit issues. Two part time  social workers are being employed  to provide a caring response to survivors.   ISN is also supporting survivors in seeking legal advice about the possibility of redress.

Gisburne House is one of 22 Islington children’s homes that functioned between the 60s to the 90s. Children were also abused in many foster placements, secure units and  boarding schools where they were placed by the London Borough of Islington. ISN have been contacted by more survivors of Gisburne House that from any other LBI children’s home.