The story of British child migrants is a current survivor campaign. The children were exploited for political and economic reasons and the practice went unchallenged for decades. Here are some of my thoughts after I attended, on the 14th April, a presentation at the Museum by Margaret Humphreys   (Director of the Child Migrants Trust).

The Britain’s Child Migrants exhibition is not to be missed. It provides a context for understanding the extent of state engineered crimes against children and enables us to relate this knowledge to what is happening to children today. The exhibition raises unanswered questions about the rationale for the child migration policy and who drove it forward within a context of secrecy, deception and lies. The survivor and witness accounts are painful to hear but must not be ignored if we are to relate their experiences to current children’s rights agendas. 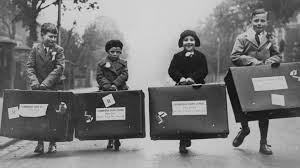 This exhibition tells the heart-breaking true stories of Britain’s child migrants who were sent to Canada, Australia and other Commonwealth countries between 1869 and 1970. The exhibition shares the work of the Child Migrants Trust , which has brought some comfort to former child migrants, by finding their families and reuniting them with surviving members.

Some of the survivors’ views were included in a  Guardian article (Rhodes, 2015)

I was told I was going on a picnic.

I was told I would ride on horseback to school and pick fruit from the trees.

Boys were subjected to back-breaking manual labour, given little food or education and regularly abused.

We lived in constant fear of being flogged or molested. We had no dignity or self-esteem. I would cry my eyes out at night and wonder what I had ever done to deserve such treatment when I had committed no crime. We were told we were the sons of whores, the lowest form of humanity.

We need to be heard so we never, ever see this happen again.

Last week I had the privilege of listening to a presentation, at the Museum, by Margaret Humphreys, the Nottingham social worker who, in 1987, founded the Child Migrants Trust.  She has persistently struggled to obtain justice for the survivors of this wide-scale trafficking programme. Her book Empty Cradles (Humphreys, 1996) was the subject of the film Oranges and Sunshine (2010). Margaret Humphreys is rightly critical of the social work profession’s failure to strongly pursue social justice and human rights for child migrants over the past 30 years. This informative event included a contribution from David Hinchcliffe, social worker and former Labour MP for Wakefield, who has supported the Child Migrant’s Trust. In 1997 The Health Select Committee, of which he was Chair,  held an inquiry into the Welfare of Former British Child Migrants and  went to Australia to hear survivor testimony. He said that  the committee was ill-prepared for what it was to learn about the migration of thousands of children between the 1940s and the 1970s and that they were grossly under-resourced and ill-prepared for the circumstances they uncovered. A fellow committee member, the late Audrey Wise MP, described the experience of many British child migrants as ‘War crimes without the war ’.

The forced migration of children as a social policy began in the 17th Century and continued for 350 years until coming to an end in 1970. It is estimated that 130,000 child victims of 200,000 parents were sent to Canada, New Zealand, Zimbabwe (formerly Rhodesia) and Australia. Most child migrants had no idea of their birth families or the reason why they were sent to the colonies and parents were not told what had happened to their children. They were sent to populate the Empire with ‘good, white British stock’. Many of the children lived in large institutions and were used as cheap labour suffering abuse, cruelty and neglect. As early as 1882, Dr Barnardo was sending to Australia, New Zealand and Canada ‘young people of good physique, trained to make use of their hands, of tested moral character, of an age where they were easily adaptable with few home or family ties to bind them to the mother country’ (Williams, 1943 p118).

The Child Migrants Trust calls for a UK Judicial Inquiry which would need to address the relationship between the charities, the churches and the state in the implementation of this policy. Margaret Humphreys has stated that, ‘It is vitally important that the British Government looks into these allegations of abuse in UK institutions and how these children were selected then trafficked to face further abuse in Australia…Was this nothing more than an international paedophile ring? ..We have heard evidence that members of the Christian Brothers came over to the UK to choose children and we have also heard allegations that those chaperoning the children began the abuse on the boat over to Australia’.

The Historical Institutional Abuse Inquiry in Northern Ireland has already heard evidence from child migrants, as has the Australian Royal Commission into Institutional Responses to Child Sexual Abuse . It is not yet known whether the Independent Inquiry into Child Sexual Abuse (IICSA) in the UK will grant child migrants core participant status and therefore enable them to be legally represented. It is concerning that the main IICSA public hearings are not accepting personal accounts of child abuse which are instead being presented through the Truth Project strand of the Inquiry which is not part of the legal process of prosecution and justice.

The Child Migrants Trust has reconnected about 1000 survivors with their families through painstaking work, largely in the absence of any official paperwork, in retracing and rediscovering childhoods from small pieces of information and fragments of memory. In her talk, Margaret Humphreys spoke of the Trust’s ‘forensic mapping’ of those who had committed crimes against the children. The Child Migrants Trust evidence was provided to the Australian Royal Commission and there have been some prosecutions as a result. There have also been some compensation claims against the charities and voluntary organisations responsible. Until the late 60s, a child in Local Authority care would not have been able to be placed outside the UK without agreement from the Home Secretary, however, this did not apply once a child had been handed over to the care of a voluntary organisation. The voluntary sector did not have to comply with government child migration policy and could have refused to traffick children abroad – their actions and role must be closely scrutinised and they must be held fully accountable. 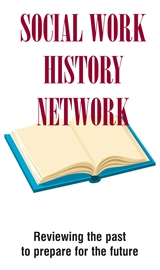 Many thanks to the Social Work History Network who hosted the event. The group meets 3 or 4 times a year in the UK to hear and discuss invited papers.